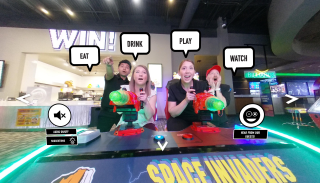 When Jose Azares founded NIDUM in 2019, he was looking to solve a problem that had been plaguing his restaurant for years: wasted time and money spent hiring and training staff members that ultimately ended up quitting within a few days or a few weeks.

“I found that most people who were applying to work for me had no idea what the job would entail,” he explains. “So, when they would show up for training – they would have to shadow me or a manager for at least two weeks before they were proficient enough to do the job on their own. This was a time consuming and largely inefficient process because out of every five candidates I trained, only 1 would truly work out as a long-term employee.”

Azares estimates that during a five-year period, he hired 800 people and personally trained about 400 of them.

“But when I went searching for a solution to this problem, I couldn’t find anything that matched up with what I wanted,” Azares says.

Azares decided if he couldn’t buy it, he would create it himself. His eureka moment came when he began to think about how pilots are trained in a simulator before they’re ever allowed to step foot in a cockpit.

“Why haven’t we taken that model and applied it to every job out there? Because the technology to create that type of simulator has always been too expensive. But now, with virtual reality, 360-degree cameras, and lightning-fast internet speeds, we can create a reasonably priced simulator,” he explains.

Creating these simulated environments can help in multiple ways. For example, some new hires might not realize how loud and chaotic a restaurant kitchen can be or how much raw food they will regularly be seeing. Instead of wasting valuable time training these individuals only to have them quit a few days later, simulated environments can bring some of these job aspects to light and weed out applicants who aren’t a good fit for the company from the very beginning.

Not only do these simulated work environments help prepare employees for their job, but they also cater to the new generation of workers who are no longer used to learning by reading. Instead, they prefer to learn from videos. (YouTube University, anyone?) For many employers, providing this type of onboarding experience is quite the differentiator.

“It used to be that employers had the power to say: You need to learn how to do this job the way we want you to learn. But that’s not the case anymore. Employers these days are competing with the gig economy and need to sell themselves to the employee. Offering new training methods, such as this, can make a huge difference,” he says.

The Tech Behind the Module

Companies often have a hiring and training process in place that requires the new employee read a PDF, watch a video or perhaps even do both before coming in for their first day on the job. Then they typically ask the new employee to shadow an experienced employee.

NIDUM takes that existing information and adds an immersive layer to it. First NIDUM will go into a restaurant’s space with its 360-degree cameras and digitize it to be easily accessible via one’s phone. It can be accessed via a desktop computer, a tablet computer or even a VR headset – but most employees tend to access it on their phone. New employees then enter the company’s module which is typically divided into six different touch points. Each touch point develops different content and staff members can skip around to each touch point based on their preference.

“We’re not just playing videos for employees; we’re asking them to interact with the content. This was a deliberate choice on our part because we learned that when new employees were asked to watch training videos, they would hit play and leave the room or interact with their phone instead of paying attention to the video’s content,” Azares says.

Instead, NIDUM provides very short bursts of content. To learn more, employees need to interact with the module which helps to keep the engaged and on task. For example, in some modules, new hires are given tours of the kitchen so they can learn what a dish pit, a service bar, dry storage, and cooler is and generally what they’re used for. They can also hear a brief interview with a bartender on how they prepare the restaurant’s most popular drinks or listen to a brief history on the restaurant and its founders.

But it’s important to note, says Azares, that these onboarding and training modules are not meant to replace the onboarding process. It’s simply meant to help the new hire understand the basics of the company, its mission, and of the job itself.

In the future, Azares expects companies to create multiple modules that will offer training on fairly specific components of the job. For instance, there might be one module dedicated entirely to how to greet a new customer, assign them to a table, walk them there and notify a server that they have new table that needs to be serviced.

Benefits of the Tech

As companies begin to implement this technology, Azares has found that new hires are coming to the first day of work with approximately 40-60 percent more knowledge of the company and information found in the onboarding materials compared to employees who are trained “the old-fashioned way.” Additionally, these same new hires are coming in with legitimate, well-thought-out questions that they never would have had on the first day of training. This creates more engagement between managers and trainees and that in turn leads to happier managers and happier teams.