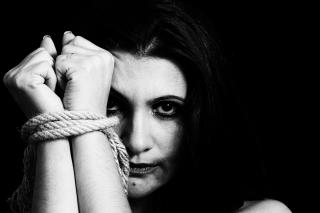 The National Center for Missing and Exploited Children reported more than 23,000 endangered runaway children in 2018.  One in seven were likely victims of child sex trafficking.  80% of human trafficking victims are women and girls and up to 50% are minors.  70% of human trafficking is linked to organized crime.  Hotels across the U.S. are being used to shuffle children in and out of rooms for sexual exploitation and hoteliers are increasingly under scrutiny to do something about it.  Lawsuits are being filed from Los Angeles to Philadelphia and six-figure settlements are being paid by hotel brands to settle human trafficking lawsuits.

Hotels and motels are a common venue for human trafficking due to ease of access for buyers, ability to pay in cash and maintain secrecy through finances, and lack of facility maintenance or upkeep expenses.  According to Homeland Security, Traffickers often take advantage of the privacy and anonymity accessible through the hospitality industry.  Hotels and motels can be especially attractive locations.  Historically, hoteliers haven’t routinely been trained about human trafficking in hotels, so traffickers count hotels as anonymous and low risk.

The AHLA has recently launched an industry-wide ‘No Room for Trafficking’ campaign to raise awareness among hoteliers and staff about the problem and help educate them to spot signs of human trafficking in their properties.  The goal of the campaign is to unite the industry around a single, comprehensive approach to fighting human trafficking.  As part of the campaign, the AHLA will be providing new resources and materials for members on the subject as well as partnering with local, state and federal law enforcement nationwide.

Hoteliers can take one simple step today to stop traffickers from using their property as well as prevent them from targeting the hotel in the first place.  As mentioned above, the human trafficking trade thrives on anonymity.  Remove the ability for guests to access rooms in an anonymous fashion and you deprive traffickers of the life blood of their operation.  That’s where mobile keyless entry comes in.

Mobile keyless entry requires a smartphone and unique phone number that is captured by a front desk platform or property management system for a digital key to be created and sent to the guest.  Every time the room is accessed, the unique mobile number is captured and reported back to the front desk platform, giving the hotel maximum control over guestroom access and visibility into exactly who is coming and going in the rooms.  Although many pre-paid flip phones (also called ‘burner phones’) now have Bluetooth capability, they are not capable of using an app for guestroom access.  This eliminates an important workaround for bad actors who use these phones to maintain their anonymity.

Research is proving that consumers are gravitating towards a preference to use their mobile device as a room key in hotels.  One study shows that 73% of guests want to bypass the front desk and 63% would prefer a mobile key solution.  Hilton now offers mobile key at over 4,000 hotels worldwide.  Marriott has implemented mobile key in over 500 hotels globally so far.  Nearly every major hotel brand has mobile keyless entry on their hotel technology roadmap.  Mobile keyless entry represents one area of hotel technology where the needs of hoteliers, desires of guests and prevention of trafficking are in perfect alignment.